Erika Castilla is a young graphic designer committed to her island. From some of the most emblematic places of Fuerteventura, many of the concepts and prints emerge that he later captures in his artistic production. From author's prints with his particular vision of the Island to t-shirts with traditional motifs related to the sea and the environment. Founding member of the collective Artists by Fuerteventura which brings together young creators settled on the island of Majorera, Erika Castilla assumes the changes imposed by current times, but highly values the strength and intensity that nature still maintains. With her we visit three special places in Fuerteventura. 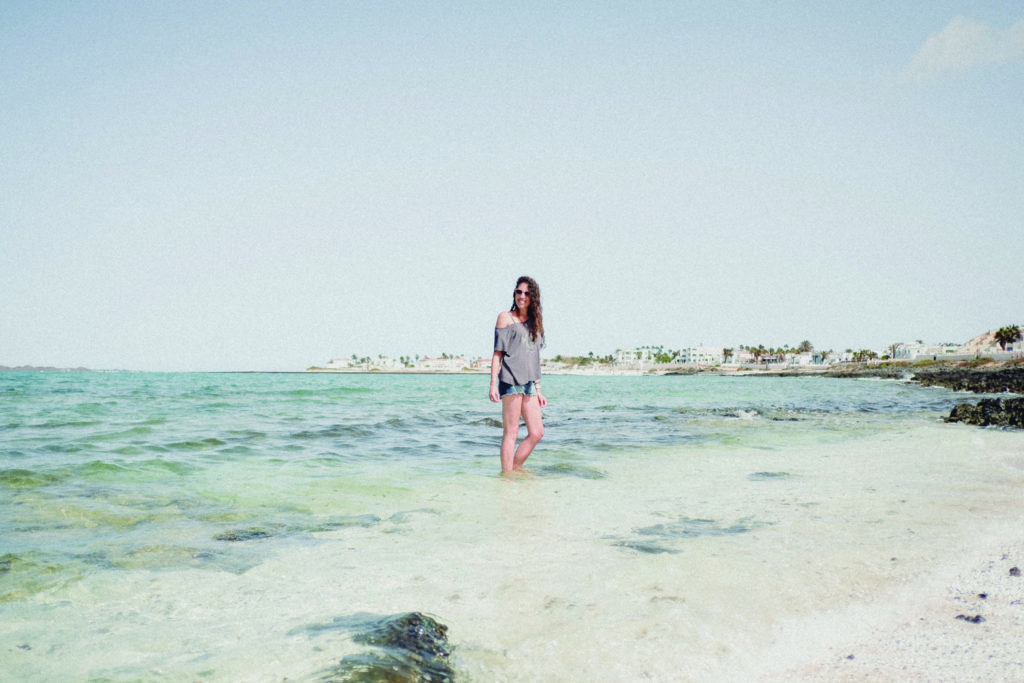 Erika Castilla's first majorero corner is the site of her breaks. In the bay of Corralejo, especially in the area of La Galera beach and its projection to the south on the way to Punta Prieta, they spent many days of children's holidays with their family. Between the joy of discovering life by the sea and the first wild excursions. Many of the best moments of my life have passed on the beach of La Galera, in these puddles I grew up while playing, explains the Majorera designer and illustrator without hiding her passion for the sea and her early influence. And I believe that, unconsciously, my personality began to be shaped here as well, and much of who I am now.oy”.

From the coast to the entire island. Nature lover, Erika Castilla does not hide that another of her passions is traveling by car in Fuerteventura. On his roads he achieves what others find in retreat and silence. Far from being bored, they disconnect me from the world. I've had a good time driving or traveling by car. It has been so many hours, so many days, so many years of travel that I even have my favorite roads, he says. And it lists: from Lajares to Majanicho and from La Oliva to El Cotillo. Many roads teach you what the Island is, its landscapes, its sky and the presence of the sea. I like to travel from Tefía to Betancuria and see the landscape change as the light changes.uz“.

Again the sea. In the northwest corner of Fuerteventura, the bay of El Cotillo reiterates the invitation to enjoy the sea. This little dock is one of my favorite pictures of the whole island, affirms Erika Castilla, who usually visits the town to enjoy a good time of chat and the marine solace. Walking around here calmly, forgetting the rush and stopping to have a beer on some of these terraces is one of my favorite hobbies. It also likes that here the sea is usually rough. This sea transmits an indescribable energy to me, he says, because, deep down, what I like most about El Cotillo Bay is its almost wild appearance. Their environment hasn't changed much. mucho“.